The seeds planted on 12th April have been watered by the April showers, and are now growing into seedlings. The cover looks pretty good, so there should be a great and colourful display soon. They’ll be attractive to us, and to bees and other insects too. I look forward to seeing them in bloom.

However, sadly, yet again there is a litter problem in the area. The bin was almost empty this morning so that is not an excuse for leaving litter strewn around. Click on the play button on the video below to see what some of the planted area and the area behind the seedlings looks like.

Thanks so much to everyone who came along on the 12th. The weather stayed fine. The seeds and plants were all planted. The seeds have been watered and are germinating. I’ll post more pictures as they grow 🙂 The litter pick made a huge difference, but sadly rubbish remains a problem at the Wildlife Area and adjacent facilities. We hope to see more of you at upcoming events.

With litter pickers and tools at the start of the event 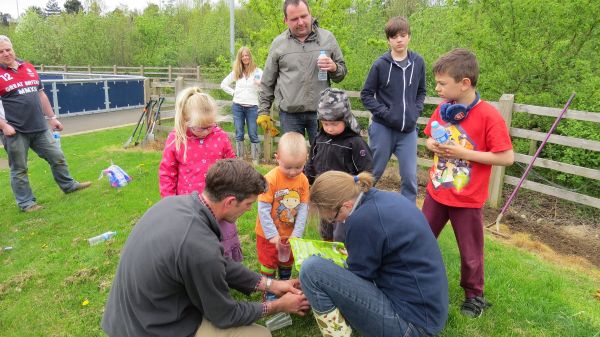 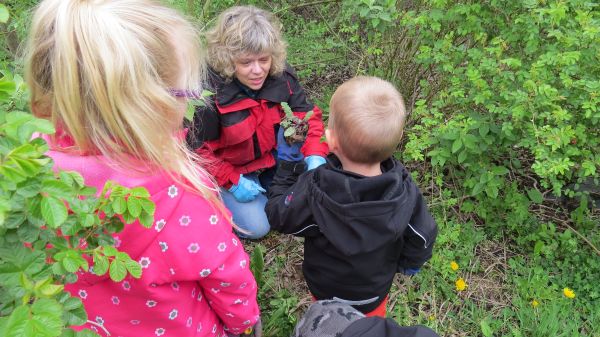 planting and tidy up in the Wildlife Area

At the last committee meeting we decided it would be best to set a regular meeting schedule. The third week in the month follows on from our recent and proposed schedule. Later weeks in the month are difficult for some OPWP committee members as they have OPCC tasks then. Many thanks for taking the time to respond, feel free to add comments for discussion.

Such a shame to see lots of litter near the wildlife area again after the tidy up at the weekend. The litter is strewn near the area where we planted wild flower seeds. 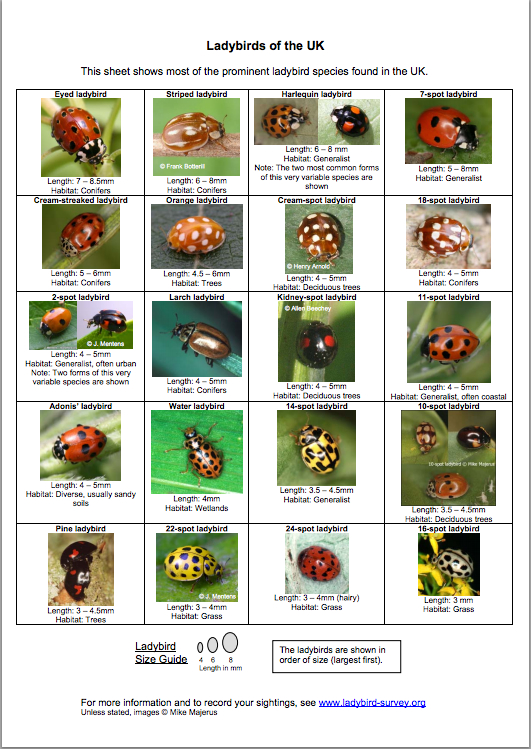 Mum mentioned she’d seen an unusual looking ladybird in her garden in the Midlands. She’s heard of the Harlequin ladybird and asked if the one she’d seen might be one of those invasive species. I found some information and thought I’d share as the UK Ladybird Survey is asking for your help through reporting any ladybirds you see and where you see them. They also provide an identification sheet (see picture), and lots of activity ideas for children – just click on the link below to find a downloadable ID sheet, and a website on ladybirds especially for children: 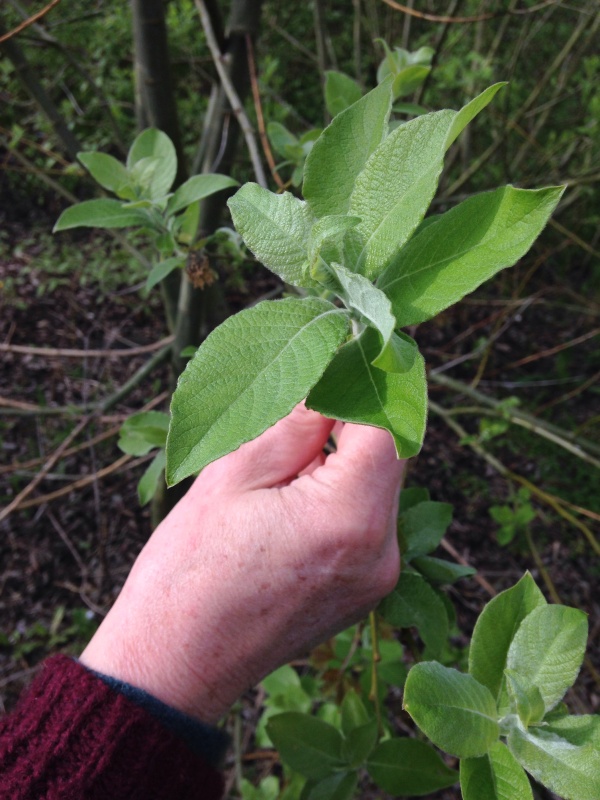 Identifying some of the plants.

Our first project tools, they’ll be getting their first outing tomorrow at the wildlife area 2-5pm, look forward to seeing some of you there.

How many different leaves can you
spot in nature?

Print the game card, head outside
and play leaf bingo!

The cowslips on the bank near the school will soon be gone due to ongoing management of that habitat. Here’s some information about cowslips from the Wildlife Trust so you know more about the yellow flowers next time you see them.

From Wildlife Trust Facebook Page: Cowslip. An early spring flower now popping up in open grassland habitats. Popular in English folklore and tradition, cowslip is scattered on church paths for weddings and tied into wreaths for May Day. Their name allegedly derives from the term ‘cowslups’, meaning cowpat, as the plant was often found to flower where a cow had left its business. Old names include Herb Peter and Lady’s Keys.

Sadly, habitat loss -as a result of agriculture advancement -has caused great population declines across many parts of Britain, making their bright yellow nodding heads a now rarer sight.